Both contributions focus the attention on ITHACA’s involvement in the framework of the DG ECHO funded project TRIBUTE. 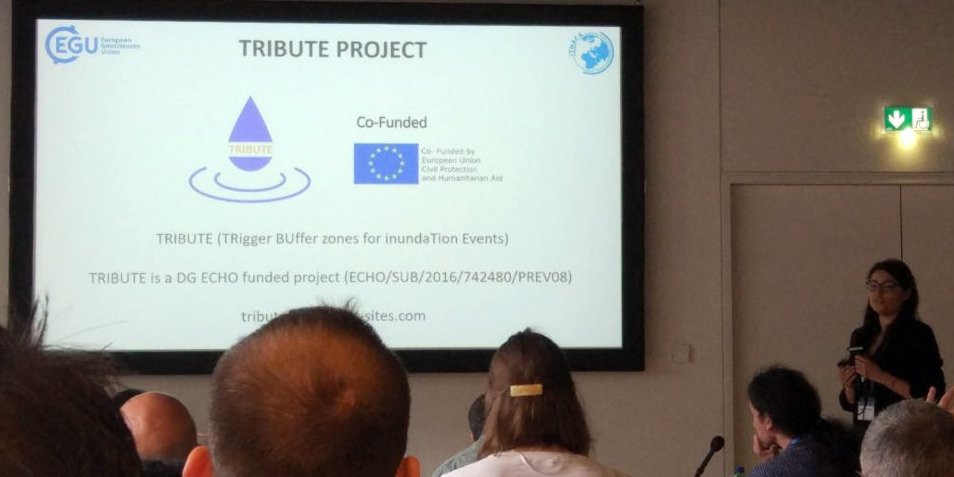 Both contributions focus the attention on ITHACA’s involvement in the framework of the DG ECHO funded project TRIBUTE.

The presentation aimed at illustrating the methodology developed, tested and implemented by ITHACA in order to detect extreme rainfall. This methodology is based on thresholding the accumulated values of precipitation. The outcomes of this analysis supported the development of the updated version of the Extreme Rainfall Detection System (ERDS), able to provide hourly near-real time alerts about extreme rainfall events.

ERDS is a strategic tool, capable to provide immediate and intuitive information about potential flood events, accessible through a WebGIS application developed in a completely Open Source environment.

This system automatically downloads the most recent GPM IMERG early run data and cumulate it according to specific periods. More importantly, ERDS generates precipitation alerts where and when the precipitation amount is higher than a specific set of thresholds, calculated for every aggregation interval on the basis of the average annual precipitation that affects each cell of the grid.

The TRIBUTE project aims at supporting decisions in case of inundation events, by developing a software tool that will be delivered as a web service and as a mobile application, fed with current estimates of downpour hazards from satellites and information on the vulnerability and coping capacity for the threatened site.