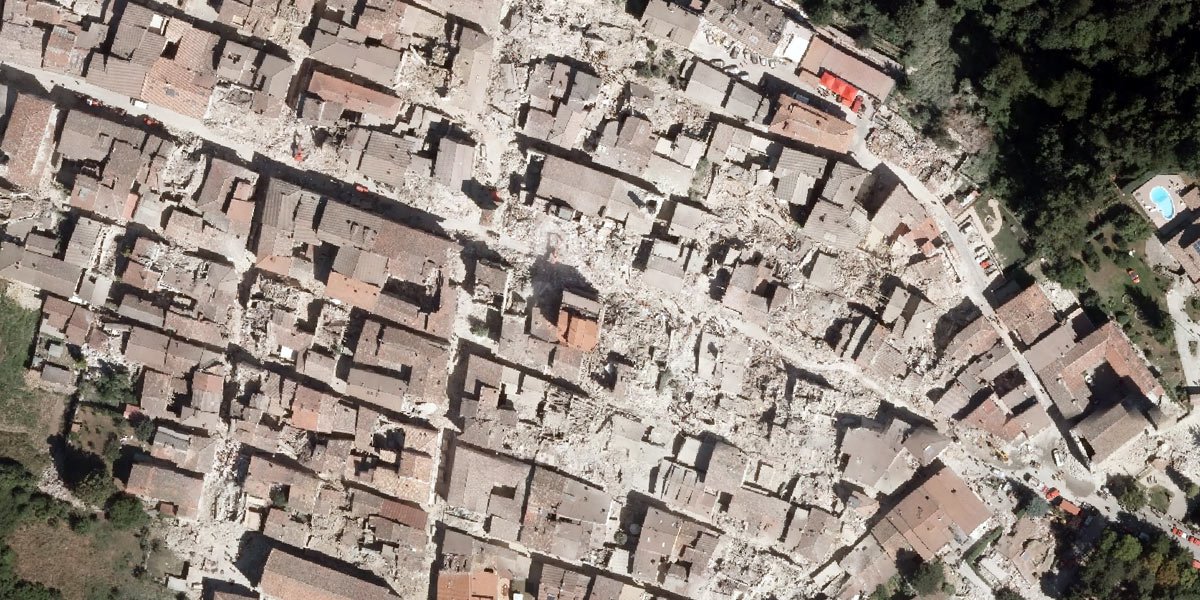 The European Commission Copernicus Emergency Managent Service (EMS) Mapping was activated at request of the Italian authorities to support a preliminary assessment of the damage. More than 50 post-disaster maps were produced based on satellite imagery (GeoEye by Digital Globe with GSD 0.5m) acquired on the very day of the disaster and aerial data acquired the following day on August 25th at 10:00 UTC with GSD 0.1m by CGR, Compagnia Generale Ripreseaeree.

The maps show the overview of the most affected areas and provide basic statistics on the damage grade on buildings and infrastructure. In addition to the Italian Civil Protection, the maps were used by several news portals to inform about the extent of the damage.

The aerial imagery available as a TMS reveals the devastation following the earthquake. Go to the Map Viewer for a complete view on the affecetd areas.